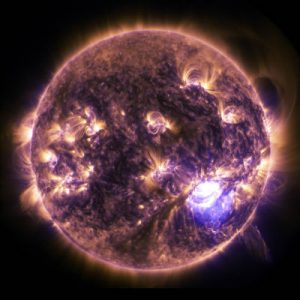 Women were so trained and conditioned to give their power away to men through cultural brainwashing that they lost their ability to trust their own inner-knowingness and their connection to divine wisdom and power within themselves. This has all led to a deadening and numbing in the people – (our bodies and psyches). We have lost the ability to be creative, powerful, wise individuals, trusting the intelligence of the universe as it is expressing through us in each moment.

My purpose for being in Slovenia is to unlock, burn out and transform in both men and women the numbness and the deadness that our souls took on.

When the soul comes into the world it puts on a cloak of the family and culture that it was born in to, in order to eventually get back to the Great Spirit and have this cloak turned inside out from darkness to light. I teach people this process. In our groups we sit in a large circle. I play music at first, and then I talk to the Great Spirit out loud and bring through divine energy to unlock and release people from oppression, repression and old traumas. There is a very powerful divine energy comes into the room that goes into your body like electricity and pushes out layer by layer of tensions, numbness, fears, angers, sexual abuse, etc… In time it completely releases you from the cloak over your divine self. Great Spirit then takes over your body from the inside out and replaces the other with its own feeling of tremendous excitement, love, passion and freedom.

On entering your body, the energy rearranges the molecular structure and the energetic genetics which affect the genes, strengthening the immune system and personal vitality. It is as if your body goes through a de-aging process.

This is a process. Radical changes that take place inside of you get mirrored back by your externals. When you change inside you can not keep doing the same things that created your deadness in the first place. In workshops I teach an intellectual structure to support you to live in alignment with universal law, a law of expansion, power, self-trust and feeling abundant on every level, (eventually manifesting itself into prosperity on every level). The natural outcome over time is that your life, relationships, physical body and your understanding of how the universe works will improve. You develop a charisma in your energy field that pulls in your match. (The victim process gets completely eliminated.) You are completely empowered by divine light. This process is different for each person. It is a process of self-awakening and self-realization. It is an enlightenment process. What I teach can take from months to years. It is the structure of how to live in an expanded reality in alignment with universal law.

As a facilitator I get out of my own way and I let the energy do the healing because the intelligence of it is much greater than my own. When I was trained as a psychotherapist, I used to think I knew something. Now I know that the intelligence of the universal energy is so brilliant it can source out a problem and release it in a person so quickly – that otherwise could take years or centuries in psychotherapy. I have watched Great Spirit burn out illnesses in peoples bodies in hours. The body knows how to heal itself. It goes through a complete change every 7 years. It is only our minds and bodies that hold the configuration the same so the body cannot heal itself. When you release the traumas, change someone’s thinking and burn out energy blocks with divine energy the body begins to heal itself. This is a very powerful transformational process that will completely change a participant’s reality over time.

You have to be ready to live in alignment with the universe (love, passion, creativity, expansion, excitement). Inside each one of you is greater mind situated in your abdomen, center, hara. Your intellect is not designed to run separate creating its own reality. It is designed to support, interpret and respond from greater mind. This is what Spirit does – it reconnects you with greater mind/ universal intelligence that has been there all along, heaped over with old world mind, fear-based realities.

Our world mind attitude is that the world is not trustworthy (if I really show you who I am you will judge me). So we all live in secrets afraid to be who we really are. The old world mind does not see the divine and precious self in each person. It makes our programming and cultural conditioning and traumas REAL. (This is the separation process.) It makes these more real than the sacredness of each being.

Old world mind has repressed women in its religions and cultures to such a degree that many women have lost themselves. The energy coming through now is the divine feminine aspect of God. Women have been taught that they can not be self-sufficient and that men are the source of their abundance. They have been intellectually suppressed, unable to survive without men. Women are required to deaden themselves, often living in the box of marriage where there is no aliveness or passion. They are required to be Mums, take care of the house and raise the children. Women therefore are never able to reach their full potential. The energies available now are lifting this old belief system.

Christianity is an old male patriarchal system where women are not allowed a voice. Women can not be priests. Women are there to serve men. It was the same in the time of Jesus – men such as the disciples were in power and women took second place. This way of being has brought the world to the brink of major war because it is disconnected from the feminine aspect of self. Men are terrified of losing control, terrified of the light and terrified to trust the intuitive power that comes though the divine feminine.

Fundamental Islam is an old male patriarchal system that has repressed the passionate aspect of the feminine. They make the women wear black and cover up due to their own fear of women’s sexual energy and passion. The Great Spirit gave you and me the divine gift of sexual energy and passion. It is one of the most powerful healing energies in the body. When we feel turned on to life is when we are the most creative and alive. If you control women, suppress sexual energy and passion which numbs and deadens, you have got them trapped. They have lost themselves. Now it is time for women to reclaim their individuality separate from the control of Socialism, Communism and Fundamental Religion. It is time they stand up and say NO to being controlled and suppressed. It is time for women to learn to take care of themselves financially and to learn business. It is important that women work together and support each other to realize their full potential. Men must learn to surrender, take in what women have to say energetically, really listen, and face their fear of the feminine aspect of God – power.

This attitude will liberate all of us. We teach this in workshops. There is a great movement taking place to liberate women in Western Countries, (US and Western Europe. Not yet in Africa, Asia and the Middle-East.) The rigid old male religion will eventually crack because there is so much divine feminine energy pouring into this planet from the universe. The old male will be hit with such energy that it will crumble over time. Just as the Soviet Union, Yugoslavia, Taliban and Saddam Hussein have crumbled. One by one they will go – there will be a whole new evolution that will take over that is feminine in nature. It is so strong that it can transform and re-educate people’s minds and bodies to become channels for divine energy. The nature of this energy is love, support and expansion. Its nature is to bring forth beauty, prosperity, joy, peace, self-trust and harmony on the planet. This divine energy cannot be denied. It feels alive and electric. We are learning to get out of the way and let the greater intelligence do its work and transform us.

I see Slovenian people as just coming out from beneath a Socialistic Government which took away individuality. People are very open to a new way of being, learning how to become empowered individuals rather than have a government take care of them. However, a lot of Slovenians are struggling with this. There is a naivety and innocence amongst the people. Spirit wishes to present a model which is unlimited in possibility, to teach abundance and personal power. People can become anything they want. It is like the lid has been taken off Slovenia and each individual is pioneering a new reality for themselves. I am interested in training people to go out and teach other people how to reach their full potential. Those who attend my workshops can take the principals they learn home to their work colleagues and family. It is a way to train the entire country.

We have traumas that must be healed before we can be clear channels and teachers. Some channels and teachers out there have not taken their bodies through a complete purification process. The danger of this is that they may have love deprivation within, creating a need to look for love outside of them, and a need to be worshipped. This is exactly what they teach energetically. To the degree they have cleared their own bodies/channels is to the degree they can help clear another’s.

It is self-realization. The truth is that love comes up from within us. Don Hanson.