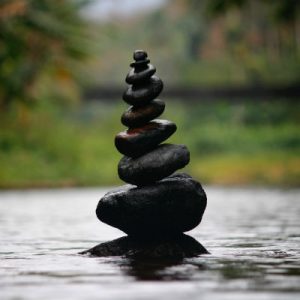 BhaktiChi, a statement that raises expectations. Does this work at all, and if yes, how? Is it possible to achieve transformation on a cellular level in just a few days? I was skeptical and full of curiosity.

When I enrolled for the workshop, I remembered having read an article about Don some years ago. This article conveyed something beyond words: a mix of simplicity, purity, genuineness and uncompromising honesty. It took 4 years though until I finally found my way into Don’s workshop – time was not ripe then but the waiting has been well rewarded. What I experienced in Don’s workshop had an immediate effect on a deep level and it is lasting since.

When I entered the room, I was immediately struck by Don’s authentic presence. This got confirmed, in the introduction, as Don, exactly as everyone else, said his name, that he was coming from Texas, was married, has 2 daughters and that for leisure he would like to fish, spend time on boats and in kayaks and that he would always have a building project on track. Nothing really unusual up to this point, but then what?

After the introductory evening already I felt relieved of old burdens. But most of all, I felt that I was at exactly the right place for me to be – a feeling of coming home after a long journey. When Don opens a session he invites Great Spirit to step into the energy circle that was created here and asks that the energy may be lifted to the highest energy level in the universe: the love of God. Carried by this energy it is as if the process would start by itself.

Through the reports of the attendees, the specific issues that are ready to be treated emerge. All that had lied dormant in darkness so far and which then pops up into consciousness gets attention and is resolved in light and love. Through the sharing of the current concern, be it the expression of a feeling, such as fatigue, heaviness, anger, sadness, unease, tightness, or a physical pain, or some other kind of restriction, every individual gets picked up where he or she currently is at.

During a session Don becomes a channel for the universal energy. It is then as if a stream of unconditional acceptance, allowance, gratitude and love in the widest sense would shine through him. This state of being becomes visible, sensible, almost palpable and thus tangible for all. A high vibrating energy field in which everything is accepted, in which everything is allowed to be emerges – a field flushed by light and love in which the energy flows freely because there are no obstacles.

The obstacles or the resistance, are for instance the locations in our bodies where the energy does not flow freely, where it stands still and where – exactly like in traffic – a jam occurs. The traffic jam; that’s to say a trauma, a sorrow, an unrelieved feeling, a current trouble, is generated by our judgments, prejudices, self-criticism, guilt and belief systems.

Carried by the high vibrating energy, emerging from Don’s and the participants’ loving acceptance, we feel capable of facing issues we either did not dare to look at so far or where we did not see an urge for change until that point. We thereby get a chance to understand where we have participated in creating those limitations and that in doing so, we also have the power to undo them. We thereby take back the responsibility for our lives. We understand that we are the creators of our reality and that we have been all along. This insight empowers us – we quit our victim consciousness and thus gain back our creative energy.

A woman who works together with her boyfriend reports that they argue a lot because he keeps telling her that she is too slow. Don suggests a role-play in which Don will be the woman and the woman will take the role of the boyfriend.

Boyfriend: “Are you done with the task?”

Woman: “No, not yet I am afraid I had to finish off something else.”

Boyfriend: “Gosh you are such a lame duck, this is not acceptable, you are really too slow.”

Boyfriend: “We will lose our clients, we cannot afford this, you are simply too slow.”

Woman: “Yes, you are absolutely right, I am slow, I am in a learning curve…”

Would the woman engage in a discussion, explaining herself, expressing her disappointment, the argument could become a never ending story. By interpreting and reacting, both of them start a destructive process and maintain it. But if the woman simply confirms the man’s statements by agreeing with him she takes the wind out of the sails. The woman no longer provides a target for the man to attack and the issue is cleared. There is no more need for the woman to defend herself.

Give it a try, next time when somebody says something to you such as; “You are so stupid,” just confirm the statement by saying, “you’re absolutely right, I am stupid,” and then express your gratitude for the feedback! This will avoid any escalation in the first place. If the unease persists then a further clearing might be necessary. We can allow for this once we have learned to accept ourselves in our current state of being. We may then just smile about it. In other words if we remember who we are – Divine creations of the same essence – pure consciousness – this will set us free. We no longer nourish negative thoughts about ourselves. Harsh words of others will have no resonance in us.

If we acknowledge ourselves, the life within the trillions of cells in our bodies, the life that surrounds us, this means, if we accept it just as it is, the energy in us flows freely and the miracle of transformation happens. Otherwise the energy falters and we freeze in oblivion of our true nature. We restrict our light and remain weak victims of our lives, because we do not recognize it as a whole.

I must have been 12 at that time, when in the bible study the question arose about what one should do to be able to love his next. I spontaneously replied: “love ourselves, because only if we love ourselves, will we be able to love others.” The answer was no, this would be far too egoistic. And although I doubted the response, it kept my mind busy for many years and, as it shows, it inhibited me. In Don’s workshop, I experienced loving acceptance, allowance and self-love on a deeper level. I feel like a new woman, full of energy and regained confidence, free from old burdens, empowered – transformed. This is such a great sensation!

In Don’s workshop we learn to look at ourselves anew with the eyes of light-hearted kids. We get keys to unfold our regained true self and to keep it in the light. We feel energetically reloaded, empowered, free of fear, light, grateful, joyful and able to move on with our wonderful journey on earth even without the training space provided by the workshop.

Daily challenges are thereby accepted with more ease, we rather consider the whole thing as a giant playground, in which we learn and grow with fun. And if we would like to be part of the next workshop, take an even deeper look, dig our way through a few more layers, it will then be our free decision. A unique workshop with Don is nevertheless sufficient to get the determining impulse and to induce the transformation.

Thank you Don – you are such a gift to the world!

PS: I am already so excited about the November workshop 😉