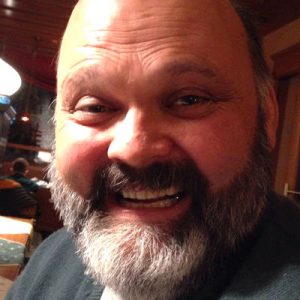 Over the last year I have been attending Don’s workshops all around the world and have experienced his work both within the processes of myself and others. This has given me insight into the workings of BhaktiChi which he has developed over the past 43 years. It is through this lens of deep immersion that I hope to shed some light on the structures and dynamics of this radical process of transformation.

I myself have explored consciousness over the past three decades, traveling through Eastern mysticism all the way to Western psychological thought, but always came upon the same encumbrance – that the feeling state of separation within was both the problem and the instrument through which I viewed myself and reality.

It is this disconnection that has always been at the heart of the spiritual dilemma, and it manifests itself as the illusion of reality, separating us from the real truth that lies within. Most of us live lives both individually and collectively that are enshrined in edifices of thought and intellectualization. We hope that these will protect us from the pain of existence, but tragically they are the very seeds of our suffering.

For thousands of years, we have sought to defend ourselves from the challenges of our life-experiences in their broadest sense. This defense from our sorrows and confusions ironically has separated us from who we really are resulting in an accumulation of collective human pain, which burdens us within the development of our ourselves and of society. This split is evident more so today than ever before. If we simply look at the wide gap between our intentions and actions, we can see this illustrated poignantly in the results of our collective choices: we now face, as a race, greater and greater threats to our existence in the shape of pending ecological disaster, mass economic instability and a surge of war and terrorism on a global scale.

I think it is fair to say that within our hearts, none of us want this for ourselves, our families or our societies, and yet we seem to be blindly driven in this direction. We face a considerable challenge and one whose very foundation is conceded from sight, as the origin of it lies within ourselves and not outside in the world, where it appears in our manifestations.

The individual and the collective are both intrinsically connected and have a considerable influence on each other. For real change to take place, we have to be able to transmute and transform what is separating us from our true nature and inhibiting us from accessing the natural intelligence that lies within us all. Even though the task at hand seems ominous, I believe the universal principle of equal and opposite action applies, and I know I’m not alone in the feeling that within this seeming considerable darkness, lies the opportunity for great light.

A new Intelligence is beginning to manifest in the world, one that is both receptive and powerful. It has come to balance and heal the split in our soul. This light is coming in the form of the divine feminine, which seeks to heal the wounds inflicted by the outmoded and predominantly patriarchal power structures that have been dominating thought and governance for thousands of years. I believe BhaktiChi is part of this new move within consciousness and is a spiritual technology which is coming through from the feminine side of the divine.

The goal of all spiritual paths is the same whether achieved in this life time or the next; that of liberation from the pain of existence. Unfortunately the means to achieve this release has so often been dominated by the masculine, where the goal has been to somehow separate away from the body and the feelings in our attempt to not be contaminated by them. This is an understandable approach as the burdens discussed above have been so considerable, resulting in a belief that if one can escape the body then one will not only erase the pain of existence, but reach the final goal of nirvana.

Unfortunately this seems to have created the very opposite, where we live in a world that seems to be more divided and troubled than ever, with a great deal of these troubles stemming out of religious separatism and distrust. The difficult drives of aggression, greed and sexuality that lie just below the surface of human consciousness refuse to be ignored. Once relegated to the unconscious through prohibition and repression, they do not disappear but unfortunately re-emerge and erupt in a most destructive manner as these forces contain a considerable energetic charge. The act of repression in itself turns these potent life force energies into dangerous and compulsive drives that lead to many of the ills of life. Ironically the religious traditions and patriarchal systems that sort to cure humankind of these afflictions, have in effect worsened the situation they hoped to remedy, leaving division, mistrust and alienation in their wake.

BhaktiChi takes an entirely different approach and consciously turns its attention towards the body and feelings. Through his extensive study and search for spiritual truth and the means to live a fulfilled life, Don has cognized a specific approach that transmutes these troublesome feelings. This approach is not new or entirely unique, but has remained generally hidden from sight as it requires taking the path of most resistance. Namely, to take full responsibility for one’s own feelings within the body and not blame others for them through the act of outward projection, but to learn the task of turning dark and difficult realities into higher states of consciousness.

Don has developed a format (both within his one-on-one sessions and group workshops) that acts as a supportive environment for the containment and transmutation of these energies. BhaktiChi’s approach lies in the fundamental truth that at the center of our being lies unbounded wisdom and a unique capacity to have a direct, real and lasting connection to a power greater than ourselves.

So, what is inhibiting us from actually feeling connected and centered? I believe the answer is the accumulation of personal, collective and cultural trauma within our bodies. Extensive research into trauma has revealed that when either a single event or an accumulation of traumatic events are experienced, they create a level of stimulus that the individual is incapable of metabolizing or coping with. The psyche’s response is to split our most precious self (or our soul) away from the traumatic feeling. However, the feeling remains in the body, frozen in time, which becomes a double-edged sword. In order to prevent a total fragmentation of the self, one splits away from the body and in the process loses connection to one’s center or soul. Over time this creates a crisis inside of us.

Without feeling connected to our soul, we are like a boat without a rudder, set adrift in a stormy ocean with no means to navigate toward safety. It is the soul that gives us a sense of deep meaning. It is the part within us that connects the impermanent to the eternal. Tragically, the sensitivity that it gives also leaves us open to being wounded. It is this core split and disconnection that the process of BhaktiChi addresses.

Don has developed several spiritual gifts over the past five decades that allow him to address and help others heal this loss of connection. In his workshops he is able to invite in a profound level of coherence or light, which raises the consciousness of the group. This inevitably brings out and exposes the layers of resistance that the individual is holding in their body or cellular memory. As this resistance becomes more and more evident, an opportunity arises for its true nature to really be seen. Don uses his considerable facilitation skills and his gift of being able to see these blockages within the individual, to invite the natural Intelligence of the universe to transform these traumatic residues. Over time, as this process is repeated, a deeper sense of one’s true self is experienced, and we start to see that these layers of accumulated heaviness that seemed so real, are in-fact illusions that do not really exist.

The mind is a vital instrument for interpretation and reflection, but it is not the true source of our intelligence as this comes from a far deeper place. The mind creates a compensating sense of superiority, which has become predominant within the individual and society as a whole today. As individual and collective traumas have accumulated over the millennia, our only response has been to split away from that pain and to leave the body. We have distorted our human consciousness and set up a false sense of security in an attempt to create an alternative reality where the mind’s rational thought process can take over.

In BhaktiChi, these traumatic layers are transformed, and we start to return back to our true source. The mind quietens, awakening our ability to access a far greater wisdom within the moment. This results in a “lightening of the load”. Also, since we are all connected in ways far deeper than we realize, it raises up the collective. For this process to be successful, we have to learn to become receptive and surrender. The task to transform our resistance is considerable because these protection mechanisms have become an identity for many of us.

The feminine wisdom within the BhaktiChi healing process asks that we learn to trust our feelings, intuition and body once again, and to find a resting place in an allegiance with the Divine Feminine, rather than gripping so tightly to a rigid and defensive position that only holds onto the illusion of security. Ultimately, over time the aim of BhaktiChi is to help build an aligned structure in the body so that feminine wisdom and intuition can become a constant guiding force, leading us into deeper and deeper states of understanding and love for self and others.